“Say NO to HFCS” was my very first principle in my quest for greater nutrition and wellness. It was my oldest daughter who brought it to my attention more than 10 years ago. I was mostly enraged by the overtones of conspiracy to infiltrate and contaminate our food system.

Being made aware of the issue of high fructose corn syrup got me to read labels and read the literature. It started me on a path of being more mindful of what I eat, and what is being produced and put into our foods that could actually be harmful.

Eliminating HFCS was just the first step, which has since blossomed into many other “Say NO” items:

“Say No to Soy”–for two reasons, the first one was that soy was mostly produced by Monsanto and was therefore genetically modified. The second  was evidence of soy’s harmful effects on the body. Much of my information comes from Dr. Joseph Mercola at the Weston A. Price Foundation:

Common health problems linked to a high-soy diet include:

Most soy, perhaps about 80 percent or more, is also genetically modified, which adds its own batch of health concerns.

Which led to learning about Genetically Modified Food and,

My biggest and most frequently recurring “thing” is to

“Say No to Sugar.” I tried to eliminate it completely, but that is nigh impossible (although I did it successfully for a full six months in 2012 and again 2014). I try to substitute dates, figs, and stevia for sweetness.

I read The Year of No Sugar by Eve O. Schaub, which convinced me it was doable, so I may try again to go 100%. With me and sugar it seems it has to be all or nothing as I recognize it as an addiction to which I am especially weak. 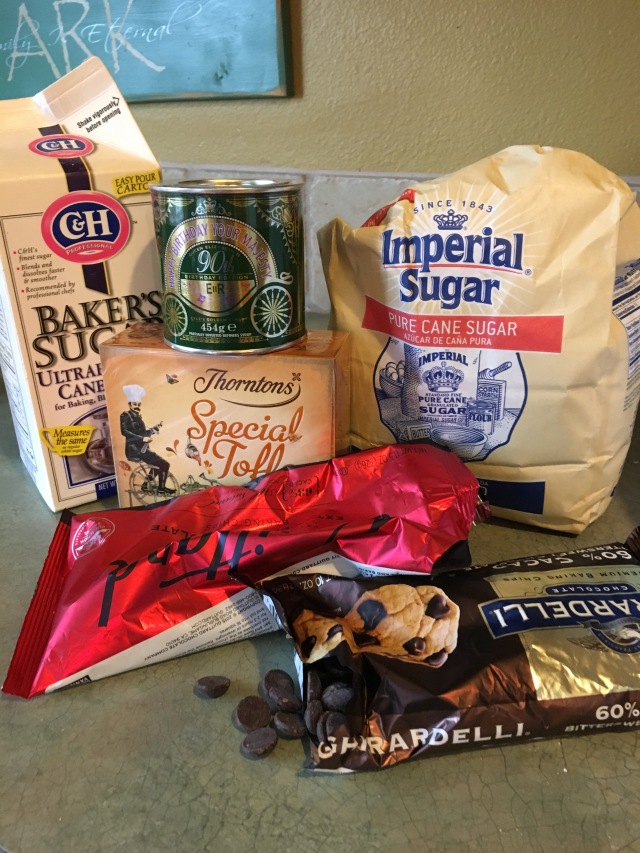 All the sugar products in my house right now

7 Responses to S is for Say NO!