R is for Remember

When I was in Junior High School I became friends with a Mormon for the first time. As she shared with me her beliefs, I knew something was missing in my own spiritual life, as I had no such convictions concerning my religion. My friend felt unprepared to answer my many questions, so she arranged for the missionaries to teach me.

As I listened to the missionaries, the things they taught sounded so familiar to me. It was what I already believed in my heart, even if it wasn’t sustained by Catholic doctrine. My sister thought I was getting too carried away and brought me literature on Catholicism to counteract all the Mormon doctrine I was consuming. She asked that I talk to our Catholic priest before I did anything rash. I made appointments and visited with him a couple times, but was disappointed in his responses to my queries. He said these things were a mystery, which we must take on faith. I didn’t understand why I should take something on faith when the Mormons had logical answers that resonated with me. I was reading the Book of Mormon, and attending the Mormon Church, all the while praying to know whether the Book of Mormon was true and whether Joseph Smith was a prophet. After school each day I would walk up into the fields behind our house and pray for a manifestation, an answer to prayer like Joseph received. Each time I was disappointed.

But it was all so logically true! My mind had a testimony of it; I was just waiting for my heart and soul to know. It didn’t come in a flash of light or a clap of thunder, but slowly I was doubting less and less until I couldn’t explain why, but I felt it must be true. When the missionaries challenged me to be baptised I said, “yes.” I had almost finished the Book of Mormon, and Joseph Smith’s story had touched my heart. One last time I went to the priest to tell him of my decision to join the Mormon Church.

“You know, of course, that you are joining a pagan religion, don’t you?”

“Pagan?! That’s not true! The church is called the Church of Jesus Christ of Latter-day Saints! We know that Jesus is the Son of God and we know that He is our Savior and Redeemer! There is a prophet at the head of the church who receives revelation from Jesus Christ…” A short phone call for the opinion of another priest and he was convinced that he was right. But I didn’t care what he said at that point. I had heard myself aligning with the Mormons and testifying that “We know…” I knew. When I said those words, the Spirit filled me with joy–a physical burning in the center of my being I couldn’t deny– and I knew what I had to do. I left his office with these parting words calling after me, “We will always consider you one of the lost sheep and you can return to the fold at any time,” but I was floating on a cloud of happiness. I grabbed my sister, who was waiting for me in the parking lot of the Catholic church and said, “It’s true, I know that it’s really true!” 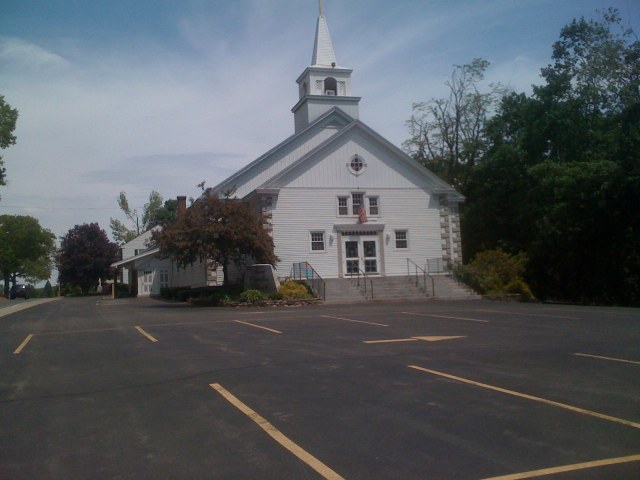 7 Responses to R is for Remember